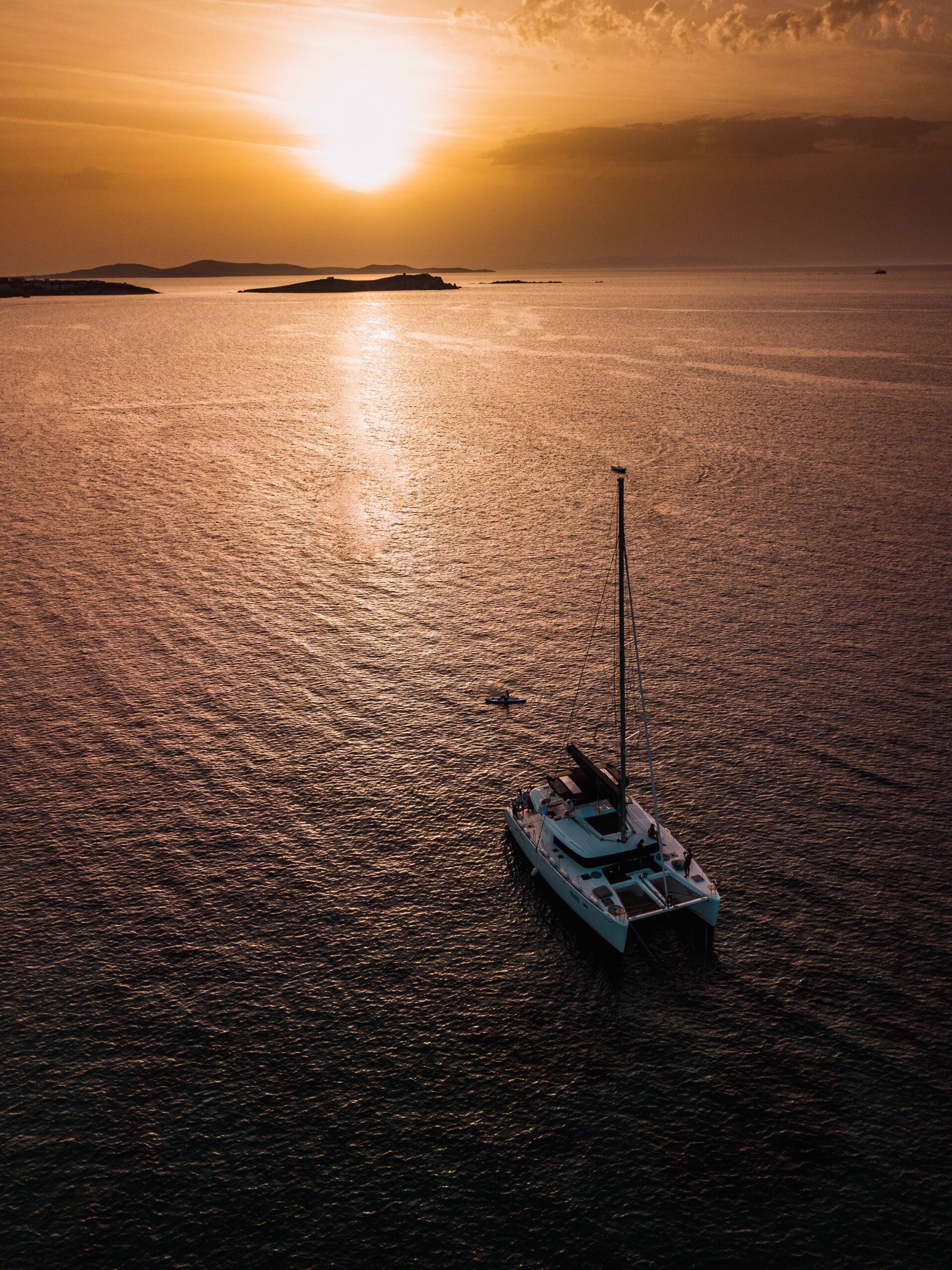 During the late modern period, the country underwent economic expansion and big business boomed. The Greek marine captain and businessman Angelos Mantolas came up with  his most revolutionary and elegant  idea. The seeds of Angelo’s incredible ideas were planted during the years he was working as a captain for other successful business people. After twenty-eight years of relevant professional experience the sea became home.

Even though he was always very aware that this job brings a great deal of responsibility with it – towards the guests, the crew and the environment, it was something which he was very happy to take on. Notwithstanding, water became life and he just couldn’t get enough of it and therefore started having a vision about obtaining his own sailing boats. As it is well known without a vision, there can be no goals.

A meeting point for all the myths, this island has represented the essence of Greek hospitality for the last few decades. Mykonos has the uncanny ability to bring each person’s truth to the surface, to add intensity to each moment, to identify needs and make them reality. With that being said and after realizing that a particularly nice aspect of this work is the contact with guests he proceeded to purchase his first Catamaran Yacht in 2020.

The businessman had two sons. At that time the boys were asked to combine all their ideas into one single document in order to be able to tell their once-upon-a-time tale too. Almost immediately, the constitution of the company ‘Mant Yachting’ took place in 2020. Emmanuil and Christos Mantolas were responsible for the establishment of the business two years ago. But there was a world of difference in the management practices the father expected his boys to follow. The elder son was initiated into the nitty-gritties of the business and his younger son became a specialist in Marine Engineering, Troubleshooting, Maintenance & Repair. At this point, it is important to notice that a significant contribution to the business success is owed to their mother. Her love and support played an invaluable role along with her operational and logistics skills.

Nevertheless, the heart and soul of a ship is its crew. Onboard Annangel he wanted to have a team of highly skilled professional merchant seafarers. The crew was made up of up to 7 people, of mixed abilities and circumstances from all walks of life. However, it is important to bear in mind that everyone on our ship has a working role to help sail and operate the ship, including yourself!

In a very short time, the crew becomes like a second family. In addition to that, this sense of togetherness is what makes Mant  Yachting so special. I am sure that this is also something that our guests can feel and their feedback has shown that they particularly appreciate the very relaxed yet also elegant atmosphere on board.

Delos Rineia now and then

MINI GUIDE TO MYKONOS, ICON OF THE GREEK ISLANDS 26 AUGUST 2022 by MAN IN TOWN EDITOR